Microsoft CEO Satya Nadella expressed that he was “heartbroken” about the current situation of his country, India in the middle of the worsening COVID-19 pandemic. The second wave of the crisis has brought out a lot of challenges in the country.

To help his countrymen with this problem. Nadella promised assistance to the country through the relief efforts. Most importantly, he would also help in alleviating India’s urgent need for oxygens which is critical at the moment. 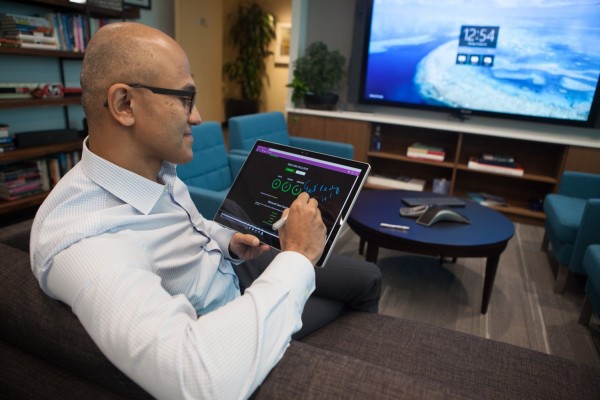 In his recent tweet, Nadella said that he was heartbroken at what happened in India. He expressed gratefulness about the US government’s action to extend help in his country

For assistance, he decided to reach out to the Indians by distributing necessary COVID-19 supplies.

Additionally, the nightmare of the pandemic-ravaged country when it comes to the oxygen supplies continues. To extend more help, Nadella would also buy oxygen concentration devices to address the oxygen shortage.

The 53-year-old Hyderabad native added that Microsoft will also be a part of his large-scale COVID-19 action. The company will make use of its technology and resources to make the distribution of relief faster, as well as the purchase of the devices needed to allay the oxygen emergency.

Read Also: Microsoft Moves Schedule for Annual Build Conference, to Start on May 25

US to Offer Assistance in India Amid COVID-19 Fiasco

Livemint reported that US President Joe Biden showed urgency to “help” India in its tight battle against the COVID-19. In his tweet, Biden recognized the efforts of India to America when they are struggling amidst the COVID-19 crisis.

“Just as India sent assistance to the United States as our hospitals were strained early in the pandemic, we are determined to help India in its time of need,” Biden posted on his Twitter.

It did not take long for the US government to release a statement about their incoming help to India. On early Apr.25, it stated that several raw materials will be provided for the Indian manufacturer so they could produce more Covishield vaccine in the country.

A Glimpse of What is Happening to India Now

According to a report by AP on Apr. 24, the oxygen shortage persists in India. During the time of writing, the authorities said that numerous COVID-19 patients succumbed to the virus due to a lack of oxygen tanks. The government was slammed for its negligence in addressing this health catastrophe.

What’s alarming is the successive records of new infections which continuously rise daily. At that time, there were 346,786 cases which were now close to becoming over 16 million.

For the past 24 hours, there were another 2,625 deaths recorded, as per India’s Health Ministry. The fatalities totaled 189,544 during that time, but experts said that some are underreported that’s why the numbers could be higher than the actual count.

Now, the Indian government is using its air force planes, huge trucks, and trains to quickly deliver oxygen packages to the hospital. The country is at the critical stage of needing oxygen supplies since hospitals reported that they could not serve patients anymore due to the unexpected tank shortage and beds.

Batra Hospital executive director Dr. Sudhanshu Bankata said that every hospital needs enough supply of oxygen. The surge in COVID-19 infection and the threat of oxygen shortage has been called the “tsunami” in India.